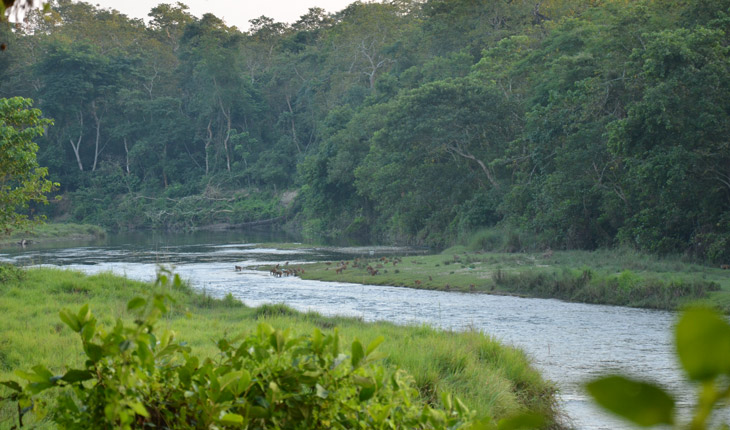 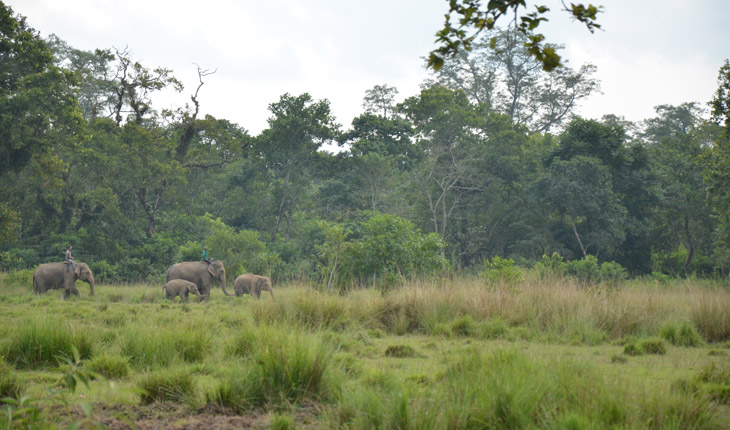 Bardia Jungle Safari, Bardia National Reserve was declared as Bardia National Park in the year 1988 and it stretches out to cover 968sq.km. The fertile plains of Terai make it the largest National park in Terai. The park includes the lands of Babai River Valley and it is enclosed by Churia Hills to the North and Geruwa River to the west. Dense Sal forest in Bardia National Park provides shelter for several rare species of wildlife. More than 30 various species of mammals like langur, rhesus monkeys, civets, hyenas, wild dogs, sloth bears, otters, blue bulls, deer, wild boars, bear, rare one-horned rhinoceros, wild elephant, and deer are most commonly spotted animals while Gharial, Marsh Mugger crocodiles, and Gangetic dolphins are found in the river. Several species of flowers can be seen blooming on the land that stretches from Churia hills to the slopes of Bhabar. Bardia is also the home to 250+ species of birds which include threatened Bengal florican, Sarus crane, herons, and kingfishers. Thus, Bardia is an ideal place for taking the Bird Watching Tour.

‘Tourist Link Treks & Expedition’ is currently conducting Bardia Jungle Safari as the 7-days sensational package which begins with our journey to Nepalgunj from where we will head towards the serene
premises of Bardia Natoional Park.

Day 04: Wake up call followed by tea or coffee. Breakfast and Visit to black sanctuary with packed lunch and drive to Babai Bridge, Walk upstream along the gorge of Babai river. Return to lodge in the evening. Dinner and over night at lodge.

Day 05: Wake up call followed by tea or coffee. Breakfast, Departure From lodge.

Day 03: Wake up call followed by tea or coffee. After breakfast, Whole day jungle walk with packed lunch, Walk to Rhino's, Elephant's and Tiger's territory up to Gola, Dolphin Place. Come back to Lodge. Over night at lodge.

Day 04: Wake up call followed by tea or coffee. Breakfast, Departure From lodge.

Day 03: Wake up call followed by tea or coffee, breakfast Departure From lodge. 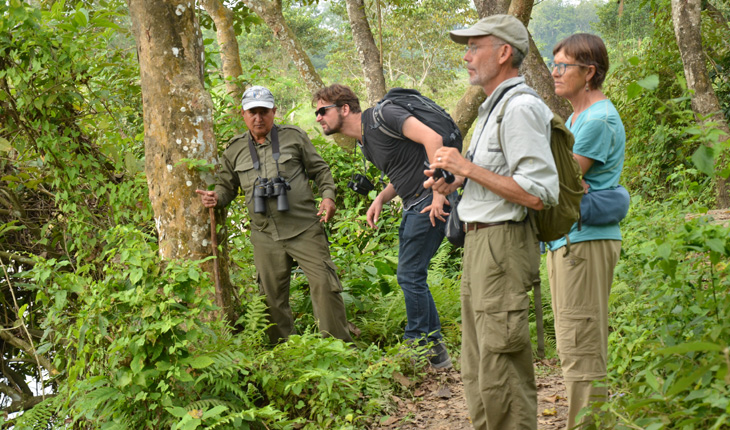